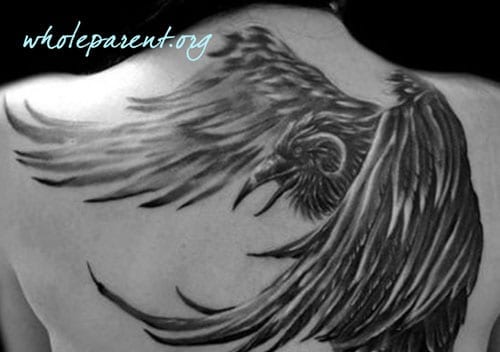 Could I have loved my wife forever? At this moment, thinking of the time just before she told me she’d already consulted with a divorce attorney, I have an unequivocal yes. I was still madly, somewhat painfully, in love with my wife of 11 years, and single partner for 13 years. And even as things had gotten strained in our relationship, I was confident (stupidly or naively so, perhaps) that our relationship, our marriage, would never falter. I cared too much about her and my kids to worry about a temporary sexual hiatus or minor problems of communication and responsibilities.

Of course, I have no way of knowing what would’ve happened had she not asked for a divorce. I was certainly not happy with our relationship, but I was committed and confident that we would find our stride again. I was certain that the financial issues and struggles, for both of us, around work and money and shared efforts could be worked out. Nothing was as important as my marriage. Nothing.

Not even my sexual satisfaction or desires. I was very sensual and touch-oriented. And while sex was important, the deeper loss was when the casual touch left the marriage. I was not clear when this next level of isolation took place, but I was shocked one night when I experienced a moment of tenderness and caring from my wife. I was shocked because of how strange it felt.

She patted my head one night, as I was reading in bed. She had just quieted down our 5-year-old daughter for the second time and she was walking back into the bedroom. She put her hand on the top of my head and said, “I love you, John McElhenney.” And she paused there for a beat before moving on into the bathroom to do her bedtime ablutions.

I felt a warm rush in the moment. It was not a sexual excitement, it was something much deeper and more vital. I actually felt her saying she adored me. The impact of this moment didn’t arrive until almost a week later as I was leaving work on a Friday night.

Things were not going great between us. Money was tight, even though I was working a new high-paying job, and we had just survived Christmas, there was still tension. She was re-tooling her career and trying to decide what she wanted to be as she approached her 50’s. So our earnings were quite lopsided, but we were in agreement that the next phase of our lives would be supporting the financial needs of our family so we could enjoy a less stressful future. At least, that’s what I thought our agreement was.

I was getting ready to head home for the weekend and I felt the need to write my wife a love note, a join, a repair for all the disconnects we were both feeling. It started out with an honest statement.

“I may not like you very much at this moment, but I love you with all my heart. We will get through this time.”

But something struck me at that moment. While I was holding out hope that all would be well again in our marriage, I was also stating that I was unhappy and struggling as well. And I tried to give an example. And I went back to the head pat moment. But then something else came out. Something I wasn’t really prepared to uncover.

“What I realized as you said that you loved me, was how strange it felt. It felt so strange because it never happens. It was as if you were saying and doing something that I had wanted for such a long time, but it felt unreal, foreign. I didn’t have any memories of you exhibiting this sort of unbridled caring for me. And at that moment I became very sad.”

And at that moment, as I was writing the note to my wife, I began to cry. It was a little embarrassing, but there were only a couple of folks still in the office and I was in my bosses office. The feelings that washed over me were deep and painful. When did my wife quit expressing her love for me? I couldn’t remember the last time she looked at me and said, “I love you.” And I said it all the time. I held her, caressed her, and told her ALL THE TIME that I loved her. Why did this one reflection back to this feeling hit me so painfully hard?

It was because in our struggles she became more and more distant, isolated. And I began to reach out more. And as the imbalance went on we fell into these roles. I was the lover she was the pragmatic one who had to focus on bills, chores, kid discipline. Except it wasn’t true. It was true that she had begun to pour her energy and joy into the kids and not into our relationship. And it was true that she had become hyper-vigilant about chores, homework, bills, etc. But it wasn’t the stereotypical absent husband that was the issue, it was her withdrawal from the rest of the marriage that she was covering up with her over-active one-adult-in-the-relationship parenting.

It was a false projection. I was standing tall and present with her on all issues. But as she continued to withdraw from my touch and loving words she began to get more angry with me about my transgressions. “How come you never ask to pay bills together?” she would shout. “Um, because we do it at the same time every week, and I didn’t think it was necessary.”

I’m sure that many husbands use this type of imbalance to blame their wives for the loss of passion. I was not doing this in any way. I was standing beside her, agreeing to all of her requests, and doing my best as a dad with a full-time and highly demanding job that was paying for all of our housing and insurance and food. I was doing all that I could as a husband. And I was lacking the partner who had any warmth or affection for me. I think, somehow, I had become the provider but lost the lover part of my role.

And I’m not sure how anger brews over months and turns into years of anger. But that’s also what it felt like. As our intimacy became monthly, or less, our intimate connection outside the bedroom also suffered. She was no longer sharing what she was so mad about, but it was coming out sideways, in random bursts of anger frustration. The pat on the head moment was so alien also because almost all the conversations I had gotten from her were about what I wasn’t doing or how I had disappointed her yet again.

And I did disappoint her. There is no doubt about that. But I was also doing the best I could to maintain the heavy work schedule, do 50% of the parenting as she was asking, and provide the loving environment for our entire family. I was an overachiever and I was doing my best to keep everything afloat. But there was a poison that I couldn’t ever get at.

It came out one afternoon as we were driving to our couple’s therapy appointment together.

“I’m so sick of this therapy. I don’t feel like it’s getting us anywhere.”

I was stunned. It was the only thing I felt was keeping us hopeful. But she was no longer hopeful. She was cynical. She was already in the process of exiting the relationship. Even as we were going to therapy, we were not getting any closer together. A sad realization.

Could I have loved my wife for the rest of our lives? Certainly. But I wasn’t given that opportunity. A huge loss for both of us.