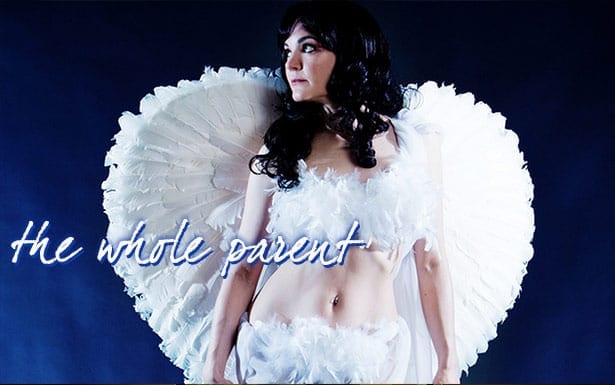 The first step to recovery is admitting there’s a problem.

Preamble: When the animal intoxication of chemical romance hits, our brains go on stun. We are no longer thinking like a human, we’re more like a dog.

I’m not a greener pastures guy. I loved my wife. I loved my last girlfriend. Those relationships are over, in the romantic sense, so I prop my hopes backup and set off again on the epic quest. The chivalrous knight’s journey. ARGGGH. I’m a bit exhausted from all the questing and leaping off after any romantic potential. I’m most tired of my optimistic fool’s trait that keeps my heart engaged long after the true colors have been shown.

All we have is hope. When things go wrong, when disappointments happen, when “bad things happen to good people,” all we have is our ability to imagine a better place, a new hope, a delayed gratification dream. Thank goodness for that, but good grief for all the times we have to fail to find another human to grow and evolve with. We keep trying.

Today I will try again. I will hope that “love” with the little “l” is out there, and perhaps nearby. The last quest led to a brilliant woman, who dialed in my number physically and sexually, for some unknown reason. We don’t really understand chemistry. We try to rationalize the “opposites attract” theme, but it doesn’t make rational sense when we look at our preferences. I use a dog metaphor sometimes to illustrate, even to myself, the simple mystery of physical attraction.

I think it has a lot less to do with our conscious brains and a lot more to do with something subconscious, sub-lingual, and more dog-like. I might think I have a thing for poodles and pitbulls. But when a fancy, just-my-type, boxer enters the park, all my previous ideas of who/why/what I wanted are thrown to the wind. A whimsy of hormones, eye signals, body language, and something else… Magic. That’s the only explanation for it. When magic happens we are up for the pursuit. Our animal instincts kick in, and even across a room, we can spot the “potential” and feel the tiniest rush. If we are open to the signals, we might close in on the deal, attempt a proud display, and engage in courtship.

When both tails are wagging, there is a potential for magic. There is also a potential for overlooking some egregious problems, some unfinished issues that are as plain as day to anyone standing nearby, but we’ve fallen into some other state. An altered state, and not always for the better. When the hit of sexual chemistry arrives, we are also vulnerable to euphoria, rushing into things, and premature sexual engagement. Fine. If you feel it, go for it. If you have insatiable lust and passion, go, do the animal thing, rut, pounce, devour. It’s wonderful. But be aware, it’s like an intoxication. And while you’re intoxicated you should not operate heavy machinery nor get pregnant. (A joke and subtle safe-sex hint.)

So, let’s say for illustration, you’ve got the ‘chemistry’ with someone and the rushing blood in your head and heart is an indication that you are getting intoxicated. Notice. Appreciate. And take a long drink of it. BUT… PLEASE… PAUSE…

Sorry. The headlong rush into sex and animal passions is awesome and fun and … Dangerous. I know I sound dramatic. But I am being dramatic on purpose. Let’s see how I can make this more clear, less metaphorical.  I’ll get more personal and tell a little bit about my experience with the drug of love.

I have gone headlong into the night of intoxicated coupling. And with two exceptions (in college, sort of one-night-stand variations) all of these rushed relationships have ended in fiery disasters. Hear me. Nothing is as exciting as new love. YES. I agree. And nothing is as blinding as the animal chemistry that kicks in somewhere below our human intelligence, and that blindness lasts for weeks, months, years if we’re… that “lucky”? or “tragically deceived?”

Let me try again from the beginning. My first marriage was initiated by such flames and synchronicity that I spent the first 45 days of our “relationship” either in her bed or mine. Of course, we were just finishing college, we had time, we had the uncertainty of “what’s next” in our lives. We had time and chemistry to burn. I knew on my honeymoon, however, when the fieriness showed up aimed at me rather than with me, that I had made a huge mistake marrying this woman. STRIKE ONE for hot sex.

My second marriage was a bit more stable, but the chemistry was no less mind-altering. I was still wounded from the flame-out of my first marriage and the wreckage that was left behind after she did her business of “divorcing me.” So I fell effortlessly into a romantic reverie when I ran into an old high school friend. And she was/is still beautiful to me. And we attempted to be smart, we attempted to be honest and go slowly. The stars were already in place, and we were negotiating with seriously impaired intellect. Such is the role of the intoxication. We partner and mate for the good of the species.

So my second RUSH went that way. We spawned two beautiful children. Still, I should have never consummated this relationship. There were red flags and issues within the first weeks that should’ve could’ve would’ve made a more sober man say, “no thank you.” I was sober of any artificial intoxicants, but I was as addicted to her beauty and body like a garden variety addict.  I saw the danger. I responded to the warnings. I proceeded onward and inward. We married. Altered everything about our lives. Had kids. And things went off the rails, in part due to the disconnects I was getting warning signals about, in those first few love-addled weeks, even before we’d ever slept together. I was too far gone to pull up from the terminal velocity nose dive. I gave it all. I put it all in. We both did.

The third RUSH ended last night. It should’ve ended months ago when she calmly and forcefully broke up with me. But I was on the trail of exciting love. I was in the quest mode. I had gotten a taste of hot sex and I was no more sober than a male tomcat around a female in heat. And I’m not making any judgments about her or the warning flares she was firing straight at me. I was well aware of the danger as I moved in for the conquest. I was as hungry as I’ve ever been, maybe still (of course still) wounded. But more lonely and ready and energetic.

When the female of the animal species is showing unhealthy signs they are either ostracized and left behind or driven from the herd. I even had a friend telling me, “She’s in no shape for a relationship.” I had all the information I needed. Heck, when the woman is saying, “No, nope, nada, don’t do it,” while still welcoming you into her arms… well, that’s your problem right there.

New love is a drug, that might be more powerful than heroin. If we’re addicted and activated we’re at risk of slipping back into unhealthy patterns of addiction, intoxication, regret, withdrawal, and repeat. Not a fun or survivable path. Addiction eventually kills us, if we don’t get help.

I’m on my own for this one. I walked in “eyes wide shut” as they say. Knowing, seeing, being told, “This one is not for you,” and going for it anyway. And five or six breakups later, it’s hard to count them now, I’m finally sober enough to admit my problem.

The first step to recovery is admitting there’s a problem.

Yep. (hand raised) I have a problem with love.

< back to Dating After Divorce

Tags: dating apps want to make money not find you a date, dating lessons, how to find someone to love, learning to date in the world of online apps, looking for love online, looking for your soul mate, online dating strategies, why dating apps fail

Relationships Questions: When You End Up Alone, Again

The Odyssey of the Single Father: Kids Change Everything