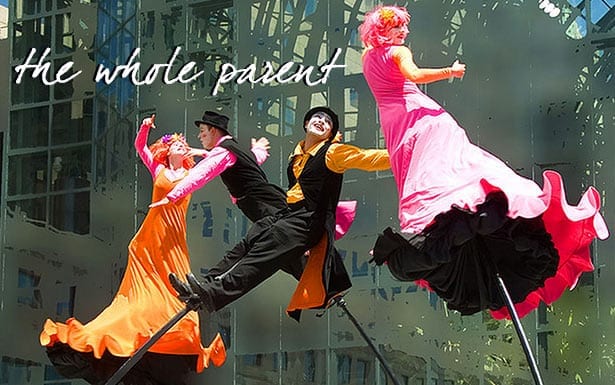 There is no planning for divorce. Divorce sneaks up on you, and more often for men, divorce slaps you on the back and says, “Sorry, we’re done here. Get your things and give us all a break, please.”

And you step outside of your house, what was your house, for the last time and smell the morning air. There is a hint of excitement mixed in with the heat and dust of the Summer.  You know it’s over this time. You know you have given in to the request. You may still try reconciliation from time to time, but she has made her position clear.

As a semi-conscious husband and father, I knew things were hard. I knew we were struggling to keep our friendship above the fray of money-work-kids-mortgage-insurance-sex. It was all coming to a head so quickly, but I knew that our couple’s therapy was helping. I was praying that it was helping. And then it wasn’t working anymore.

I had begun to risk asking for what I needed. And I was beginning to express my dissatisfaction in the marriage too. This was dangerous territory. It was usually my then-wife who was having the major issues. She was unhappy. Very unhappy. And over the course of a year, I was beginning to wear down, and I was getting unhappy too.

Where I had been able to maintain a buddhist-like detachment from the “issues” that seemed to arise daily, my hopefulness was beginning to fail. Sure, we weren’t very good friends at the moment, but we were partners and parents first, right? Well, I had begun to express my frustration with how isolated we had become. I was tired of satisfying 100% of my sexual needs alone. I was tired of being kept in a glass box. My love language was touch, and I was starving to death.

What I didn’t know was how far into the foundation her anger went. Probably the fractures that were causing her chronic anger were not all about me. Depression and anger often have roots in childhood trauma and family of origin issues. But on the surface, it appeared to her that I was the problem. I was okay at holding that responsibility for a while if it meant we could work on things. But over time, I began to feel a bit beat up, I began to respond with my own dissatisfaction.

There was only one real problem with my plan. I was arguing and fighting “for” my marriage from a position of strength. I thought the relationship was hard but the marriage was solid. My then-wife, however, had begun to consider post-marriage options. The moment, in couples therapy, when she admitted to consulting an attorney I was caught off guard. My strength and resolve at fighting *for* my marriage shifted instantly to some other instinct: self-preservation. (see: super judo warrior dad)

And within a few months of that revelation, I was out of the house. We were done. And I would never have full access to my kids again. It was way to early to understand the full impact of what was happening. I was reeling in emotions, depressive thoughts, and “what the hell am I going to do now” moments. I was in survival mode.

It took a few years of hard work before I was really ready to examine my own present struggles. I was consumed with issues like how to make enough money to pay child support *and* have a place to live, how to maintain a positive outward appearance to my kids when they were with me, and how to recover enough when they were not with me to function at a reasonable level. The maelstrom of divorce rips through everything you thought you understood. Just as the love hurricane brought in your role as parents, this was another transformative event. None of us would ever be the same.

I have the sense that a “dad out on the street” experience is quite different from what my ex-wife and kids experienced. Their lives maintained a sense of sameness. They were in the house together most of the time and it was only me that was missing. For me, I was taken out of all that I had built over 11 years of marriage, out of my house, bed, neighborhood, friendships. I was struggling to find a place to live, living with family members, and missing my kids terribly. Of course, I was missing my partner as well, but that part of the ache had been crushed in the process of divorce.

If you’re super stable and fully employed at a high-paying job, perhaps divorce wouldn’t hit so hard. But for me it was much more than logistics and schedules. For me, it was a total reset. I had nothing. My things were in storage in the garage and my former life seemed to be going along just fine without me, just a few miles away. Yet I was not invited in.

I learned how to survive and thrive while being down. For several years there were no “ups” it was all struggle and high-growth curves as I learned to reset my expectations and ideas about my future. Everything had changed. And this life without my kids for 70% of the time was the new normal. I had wanted 50/50 custody but I had been overruled by the counselor and my ex. Of course, that’s not what she wanted. Her mandate was to keep the kid’s lives as similar as possible, just without me.

And that’s what we did. And that’s what you learn to survive as a divorced dad. You walk out of your house and essentially out of the life you’d known and into something dark and exciting. Of course, there is a liberation at that moment, the world is reopened, the possibilities are once again endless. But… You’re kids, the purpose you’d come to depend on as a driving motivation, are no longer with you. And while they are not against you, they are most often away, in the old house, living the old life, without their dad.

We did our best. We survived. And I have learned to thrive in the absence of my kids and former life. Down has become the new up, and I have become a new single dad, still committed to his kids, and in many ways, to his ex-wife as well. We are still a family, still connected, even when we’re not together.

Spread the love
Tags: anger issues, divorce coach, divorce lessons, divorce mediation support, father's rights, how I got screwed in my divorce, how my divorce went down, my angry ex, my angry ex-wife, my divorce story, new single dad

The Dilemma of the Feeling Man: Stoic vs. Romantic