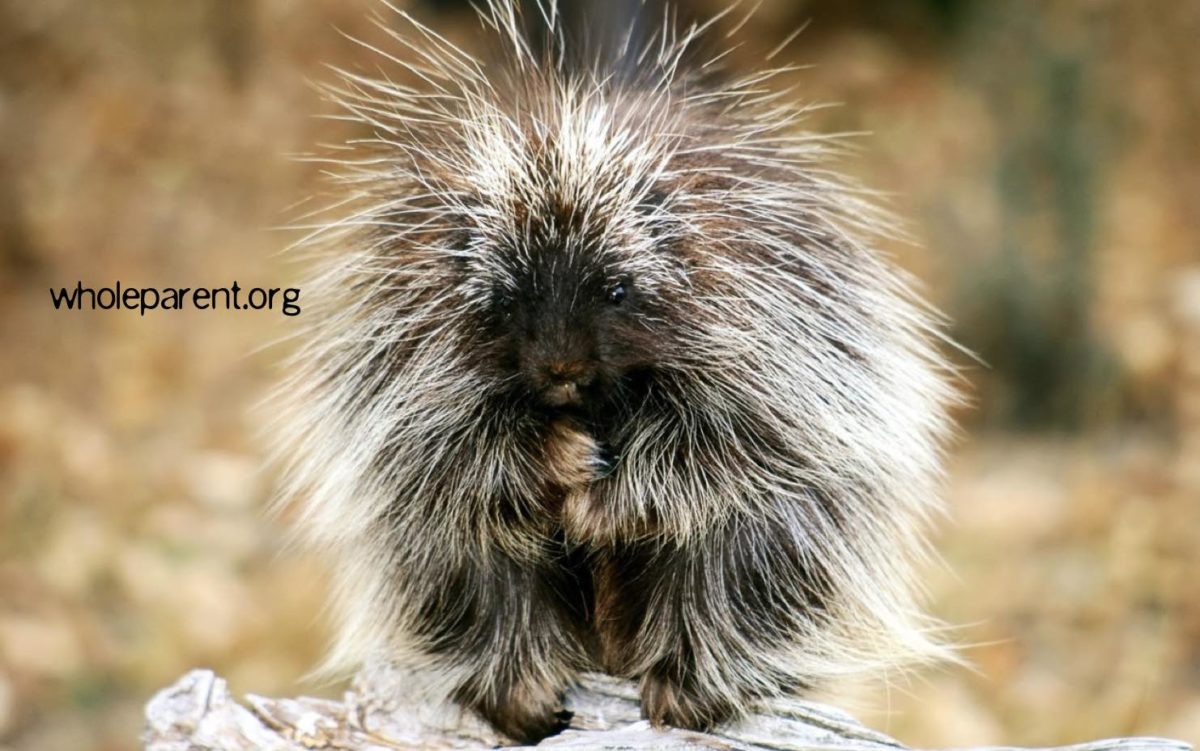 It was during the last year of my marriage when my then-wife labeled me a porcupine. It was a joke. My daughter thought it was funny. But my ex was reacting to my new resolve to stop rolling over and putting up with endless excuses and complaints. I was getting frustrated about my marriage, and I was beginning to voice my frustration. It would’ve been easier to Be Quiet. But I was done compromising on my needs an desires in the name of “working on the marriage.”

I had gotten us back into couples therapy. I was diligent in my efforts to solve the problems between my then-wife and myself. Too many chores, great, I’ll do more and pay for a housekeeper. Not enough money in the bank for you to feel safe? Okay, I’ll work harder and spend less. But it wasn’t what I was doing or was not doing. My then-wife was simply unhappy. At some point, my empathy ran out.

Getting Mad and Staying There

It takes a lot to get me mad. I don’t do anger very well. So, I sublimate my anger in the same way I sublimate my desire. I eat. I self-soothe. I do the best I can at minding my own business.

As the summer of our discontent rolled on, my then-wife continued to complain about how her life was not living up to her expectations. (Um… No shit. But we keep going and try to do better, right? Maybe, not so much.) So I became “prickly” like a porcupine and we tried to laugh it off. But what I was asking for was a change. I was asking for my then-wife to either rejoin the relationship or end it. I had no idea that she was already considering ending it. I was fighting for my relationship, for my marriage. My then-wife was fighting a different battle.

I was shocked to learn my wife had been to consult with a divorce attorney. We were in therapy when I asked her, “Have you been to see a lawyer.” She had. She had also forgotten to bring that big ole feeling into therapy. I think that’s what I was there for. She might have agreed to therapy as a way to console me when she did actually pull the trigger on her divorce plans.

Divorce does not happen by accident. And divorce often happens when the woman is fed up with the marriage and decides to seek greener pastures. The fact that she also gets to keep the kids and most of the money is an unfortunate failure of our current family court system.

In a perfect world, divorce would not happen. In the real world, when divorce does happen, both parents should be considered equal contributors both emotionally and financially. As a highly-involved father who agreed to do a collaborative divorce with my then-wife, I was certain we would reach an equal parenting plan. But, in this state, over 80% of the time, the dad gets something other than equal parenting. The Standard Possession Order (SPO) is the name for the most common divorce plan offered by family courts.

When I brought in a 50/50 shared parenting schedule, my still-wife, was apologetic and stern at the same time. “That’s not going to happen.” The therapist who was helping us negotiate the agreement separated us and spoke to us alone. “That’s what she’s going to get, if you go to court, and she knows that,” she said. At that moment, I made an awful decision. “Okay,” I said, “So what do we do now?”

In that moment, struggling with my own depression about the divorce, I agreed not to sue my wife for equal custody. I wanted things to go smoothly. I wanted the business to be over and the healing to begin. I was never going to sue the mother of my children. [Today, reconsidering this moment, I regret not steeling up and going for 50/50 parenting. But that is water under the bridge.]

So, as I was strategizing how to stay in my marriage and make it work, my then-wife was strategizing how to divorce me. She was meeting with attorneys and building Excel spreadsheets so she could understand what it would take to divorce me and keep the house. I’ve never asked, but I’m curious if our counselor knew she was going to see an attorney. It would be convenient to tell me while we were IN a therapy session. That way she would have an ally and another voice of reason in the room. Perhaps she was scared to tell me.

Today, I still get rather prickly when I get energized and on my path. When I feel like my life is aligned with my higher purpose, I get sort of jazzed up. I drive a bit too fast and aggressively. I talk over people if I’m not careful. And I don’t listen as well as I should. I’m certain, during that Summer I was not listening to my wife joke with my daughter about me being a porcupine. I got the gist of it. And I was okay with the label.

When I find confidence I often find renewed energy and commitment. In this case, I was recommitting to the marriage and asking for some changes from my then-wife. I was no longer going to tend to my own needs and not have a sexual relationship with her. I was not going to rollover and put up with her bitterness and passive-aggressive anger. At that moment, I was drawing my line in the sand.

In some ways, I was calling my wife’s bluff. As much as she wanted to point the finger at me and my recent depressive episodes, there was a ton of dysfunction in both of our approaches to the marriage. What ended up happening when I pushed on the broken parts of the relationship is she began to exit emotionally and avoid any opportunities to be alone, where we might have time to discuss what was going on. She took to falling asleep in the kid’s beds rather than returning to me.

Yes, I was a porcupine. And I was being overt and obvious about my complaints and requests. At the very same moment, she was planning to leave me and putting her ducks in a row to take care of her own best interests. As it happened, I was compliant as I bowed to the collective wisdom of the family law precedents. At that moment in my life, I was in no condition to take on the court or my soon-to-be-ex. (STBX)

It is my hope that through lobbying and awareness efforts, we can change the family laws in the US to start at 50/50 co-parenting. If we can find the balance to have kids in the first place, we need to agree to the balance in parenting should the marriage fail. By giving my ex-wife 70% of the time after the divorce, the courts made me a “weekend dad.” My wife’s house would always be home base. It was the house we dreamed of and bought with my down payment, in order to have the children in the first place. And had we come to a fair arrangement in our parenting schedule, we might’ve come up with some more creative ways to co-parent and give our kids the best of BOTH of our lives.

As a certified life coach, I’ve been helping men and women find fulfilling relationships. If you’d like to chat for 30-minutes about your dating/relationship challenges, I always give the first 30-session away for free. LEARN ABOUT COACHING WITH JOHN. There are no obligations to continue. But I get excited every time I talk to someone new. I can offer new perspectives and experiences from my post-divorce dating journey. Most of all, I can offer hope.image: my kids the summer before my wife asked for a divorce

Spread the love
Tags: basics of emotional intelligence, becoming a porcupine in my marriage, Divorce Brochure, first-strike divorce, how my marriage broke down, it was about sex, it wasn't about sex, my wife planned for the divorce, sex and marriage, shutting me out emotionally, the wife's divorce plan, when i knew it was over, why are dads blindsided by divorce, women initiate divorce 80% of the time

Sexual Energy and the Strength of #Desire in Men and Women

“Alexa, Please…” An Open Letter to Amazon’s Alexa from All Parents

Why Some Fathers Give Up After Divorce