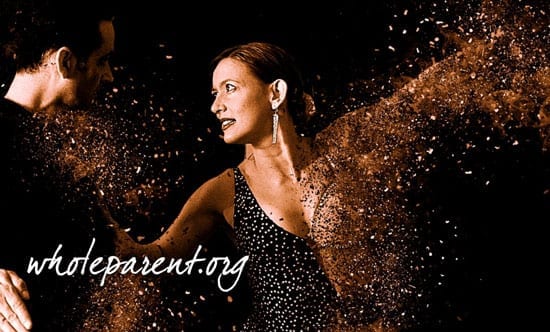 Every day she doesn’t release me from the AG’s supervision is a day that I wake up and have to forgive her for acting and continuing to act on her fear.

In my first two marriages I had money in the bank. My relationship to money has been challenging my entire life, why should now be any different? I thought by the time I reached 50 I would’ve had this career-thing down. Turns out, the market is ever-changing and ever more competitive than before. And if you happen to be in social media, the millennials have sort of taken over the game. I’m now considered an older worker. (For at least 10 years now, but I failed to make note of it before.)

In marriage one, my starter marriage, I had money in the bank, a good job, and the prospects for more. We lived pretty high on the hog. In fact, we both took off full-time work for over a year. It was a great year. I worked on my writing and small press publishing. She painted. But it couldn’t last. The estate of my father turned out to be a lot more complicated than originally thought and we were both back to working. I started working in Advertising. As the marriage broke up, she did some weird things, however. Months before the end she was putting money in a different account and buying a lot of expensive jewelry. I didn’t really see it coming, so I also didn’t suspect anything. Boom, I was taken for a lot. And in the end, I paid her a good portion of the money I had in the bank to end the prospect of paying for both sides of a divorce.

In marriage two, the one with a pair of kids, I was also in a positive financial position at the start of the relationship. I must’ve looked like quite the catch. I owned my own condo near downtown and was working freelance for a company out of Boston. She moved in with me over the first six months and we were already talking about having kids. We were getting to be that age. And as things went, my earning capacity stayed strong, if somewhat uneven, over the next six years we were married as we became new parents. And her full-time gig was put on hold, so someone, Mom, could meet the kids at the bus. The lifestyle we chose, and the neighborhood we selected for the schools, was just a bit too expensive to have her be a stay-at-home mom, though that would’ve been my preference. I never, we never, quite got there.

When my big corporate gig ended, due to the 2009 economic meltdown, we began to fight about money. She wanted me to go straight back to another corporate, well-paid, gig. I wanted to take some of the six month severance time and look into doing something a little different for a living. She was not happy with that idea. But we agreed to disagree. Just over a year later we would be divorced. And a lot of it had to do with money. She didn’t really go back to full-time work until she decided she wanted a divorce. Then she had no option. And, jump forward to today, I am very happy my ex-wife has maintained a well-paid job ever since we divorced. She’s a great worker and is a good and committed mom. No harm or foul there.

But the money had been the root of the disagreement. Now, looking back on it, I wonder, was she right?

Since the divorce, where I signed a contract to deliver child support based on my average $72,000 per year salary, I have not been able to achieve that income level for more than six months at a time. And the child support police don’t care if you’re unemployed. The bills keep coming in, the crackdowns keep happening, and despite any goodwill or promises, I’m seen in the eyes of the Texas Attorney Generals Office as a deadbeat dad. I’ve paid her a percentage of everything I’ve ever earned. But it’s not enough. It’s not enough to make her happy. And by default, it’s not enough for the state of Texas either.

So I’m currently living in default, in deficit, as the asshole who won’t pay his ex-wife. Of course, I mean, pay the money for the support and care of my kids, but you’ll forgive my ambiguity. Today I have no money. I’m working an hourly job (I’m not whining here, just stating the facts.) that won’t make my car payment. And it certainly won’t make much of a payment on anything when she and the kids get 50% of all of it. How can a dad make ends meet?

The truth is, often the dads are the ones who fall under the bus, financially. In my case, I was also challenged by some serious bouts of depression, resulting from the divorce. So, needless to say, I have never been able to pay 100% of my child support since year two. And two months after I was late my ex-wife called in the authorities to enforce the judgment. I don’t think it helped. I haven’t been looking for a job any harder since they entered the picture.

I’ve had a few jobs. I’ve had some good freelance gigs. I’ve made some money. But it’s never enough. And at the moment, it’s really not enough. But I stay positive anyway. I’m interviewing for real jobs. I’m exercising regularly. I’m happy. I’m single. And, while I don’t get to see my kids as much as I’d like, I think we’ve all come to an understanding. All of us except my ex-wife and the AG’s office. See, she could cut them out of the equation with a single phone call. But somehow, she feels it’s better for my kids to have the AG’s office on my ass, and a lien on my credit. She’s determined to get her money.

See, that’s the funny part. Or is it the sad part? I think I was being sarcastic. The sad part is, she was/is going to get all the money she is entitled to anyway. By law, I cannot shirk a single penny of my obligation. I’m happy to pay it, as I keep working, and I will/am paying it. It’s just a bit slow at the moment. But somehow, she’s happy with the arrangement. She’s always been happy with her decision to toss me to the wolves. Her new husband once told me, about the AG’s office, “It’s just how everyone does it these days. They’re like an accounting department.”

Well, that’s bullshit. She never needed to file against me. She still doesn’t need to ask for their protection. And yet, there they are, freezing my bank account ever six months or so to take half of the cash am holding on to for bills and food.

Every day she doesn’t release me from the AG’s supervision is a day that I wake up and have to forgive her for acting and continuing to act on her fear. I’m paying as fast as I can, it’s just less than we both expected.

[Update 2019: She’s 100% paid up and she’s still refusing to co-parent with me or involve me in any of her parenting (custodial parent rights) decisions. She’s still angry with me, as if I’m the cause for her unhappiness. Perhaps, I am a scapegoat for why she struggles.]

Ho hum. And onward we go as single parents.

Note: If you are a woman and are reading this as a complaint, as a whining deadbeat dad, I might ask you to reconsider this. Shouldn’t both sides of the family live at the level of income they can provide? Today she still lives in our nice home in the nice neighborhood, and for my kids that has provided unequaled stability. But she has done this even with my payments getting behind. Was it necessary to punish me with the AG’s involvement? I am struggling to find the money each month to keep food in my mouth, much less the mouths of my kids. She is not struggling, and that’s good for my kids. For that, I give her my sincere thanks.

The 3 Immutable Laws of Positive Co-Parenting

Divorcing with Kids: The Golden Rule – It’s About Time Not Money

In Divorce: No We Can’t Be Friends