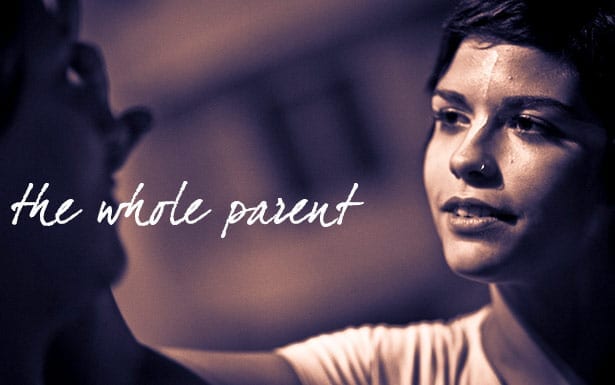 Okay so let’s crush a few of the stereotypes. Or, are we talking about college boys (men) here? Let’s quickly scan the list and see what pops out for debate.

So those are my answers. And while I’m no sex expert or marriage counselor, I have enough sense to know that this list was generated from clinical observations. At least the people in question were working on their relationship. So they are a long way from the possible “norm” caveman mentality. But somehow, a few of these “truths” feel like back “myths” that need to be busted. Or that have been busted and passed on a long time ago, but maybe are still tossed around in clinical settings for what’s going on.

Frequent and Passionate Sex throughout our lifetimes as a married couple. Um, yeah, on what planet? Planet Libido?  Sex and sexual desire takes work on both partner’s roles. And both men and women can experience highs and lows of sexual desire. In a long-term relationship, a lot of factors begin to come into play. Stress and exhaustion are the two top killers or sexual desire. And add a little depression on either partner to that mix and you quickly see, sex is a negotiation and dance. It’s not a given. The recent studies showing how women in monogamous relationships tend to lose sexual desire are like old news. We’ve been talking about the 7-year itch forever. Did you assume it was just about men? Both partners have to work at staying sexual interested in their partners. Sure, a new partner might seem to offer renewed vigor, and perhaps that’s one of the reasons divorce rates have skyrocketed, but to keep in tune and sexually interested in your life-partner is an ever-changing quest. I was all for it, and would’ve worked at it continuously. My ex-wife and mother of my kids had other ideas.

Oral Sex, Vaginal Orgasms, Foreplay Good lord women, we’re all in this together. This information is fairly new, but if we’re even half interested in pleasing a woman, we’re reading about it on the cover of Cosmo in the checkout line. These types of hints and tips are everywhere, not telegraphed, frickin broadcast to all of us, men and women.  Fact is, a lot of men and women don’t like oral sex. In a divorce recovery class when the topic was brought up (25 men and 25 women) the split was about 25% didn’t enjoy it, 25% really loved it, 50% were okay either way. And for all the times we’re told to go slow, get into the foreplay, to somehow have this thrown back at us as something we’re doing wrong. What? Okay, the big issue here is communication. That’s hard. Talking about sex, asking for what you want during sex, that’s hard.

Why Arent’ We Having Sex Again? This is a loaded topic. And yes, in general, the woman is the excuse maker. But that’s part of nature’s little game. You see it in peacocks every day. Do you think the male peacock is getting frustrated at showing his handsome feathers? No, it’s just what he does. He says, “I’m ready. I’m willing. I’m gorgeous. What about you?” And in the human species, we have some of the same rituals.

My ready and willing proposal: “I’m honest. I’m fitter than I was a year ago. I’m feeling sexy. How about after we do the dishes together I draw you a nice bath and put the kids to bed.” The woman can say, “No thanks.” Or, perhaps leave an opening, “I’m not feeling it right now, but the bath does sound nice. Let’s finish the dishes, and start there…”

There’s no right or wrong way to ask about sex. There are plenty of ways to turn off the options immediately. The issue is more about communication. It’s fine if the male is more driven by their t-score. And women are more attracted by romance, a clean house, and all the bills being paid. It’s just slightly different wiring. But it’s not all that different from the caveman who ran out and risked his life for the tribe while hunting down dinner. And the cavewoman prepared the fire, dried the fur bedding, and was ready to cook when the meat was brought home. If there was energy left in the warrior after all that, and the woman was still awake, a little rutting could be a welcome thing. But I have a hard time imagining a caveman being all self-conscious when his woman fell asleep directly after dinner.

Sex is a complex dance. We’ve got to have better communication about it. I’m no fine example. It can be difficult just to say, “Um, can you try this.” But it’s part of the education we must go through to learn the ways and means of our partner. And life-partners get to know us better than anyone. So we can find all sorts of ways, over time, to turn them on and turn them upside down crazy. IF we’re looking for them, and asking about them, and continuing to work on our parts.

Perhaps too much of our sex lives have become routine and lazy. And the stereotypical male who gets his and rolls off to go to sleep still exists. I’m sure he’s out there. But his days are numbered. As women wake up to their needs and their own power, they’re asking for more. Oral, maybe. Frequency, as determined by prior arrangement. Foreplay or animal sex, depending on the situation and available time.

Enough with the myths and truths. Let’s find out what our partner thinks and wants. Let’s ask them. Let’s return the favor and tell them our dirty little fantasies, too.

back to Dating After Divorce

Dads Will Love You In a Way No One Else Can

Bad Habits We’re Supposed To Outgrow As We Become Parents