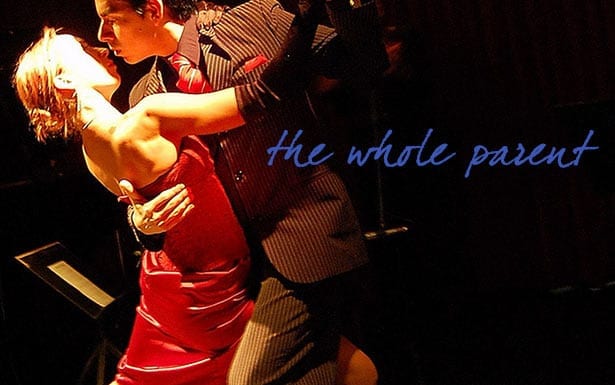 There is a lot of work that goes into a marriage. And having kids takes that “work” to the next level. Sprinkle in some financial stress and emotional unrest and you begin to have a recipe for the fade. But it is not love that fades, it’s respect. As unspoken expectations are unmet, the resentment in any relationship will begin to build up, like static electricity. If the issues aren’t discharged the minor shocks of the build-up begin to become “issues.” Then issues become therapy and if things follow a typical course and one or other partner doesn’t commit to doing “whatever it takes” to strip back to the basics of respect and appreciation, the fade can take root.

In my marriage, it wasn’t a fade at all. It was an imbalance that began to show up in how we expressed our affection for one another. Our Love Language mismatch had something to do with this. As the stress of married life wore us down, our basic instincts began to take over. Being a touch-oriented and expressive person (ENFP) I respond to upset with a desire to be physically close. I want to be held and comforted when things get hard. My then-wife has an almost opposite makeup. When things began to get into the nitty-gritty of our marriage and parenting roles, her tendency was to withdraw, need time alone, and to work the excel spreadsheet to organize and plan the budgets. It is simply her response to the stress, and particularly the financial stress of that time.

But the disconnect became more pronounced as things continued to be hard. I began to ask for more affection and closeness while she began to get further from a willingness or ability to be close. We struggled along for a while this way, and in some ways, you would say our love was fading, but it wasn’t about love. It was something else. Resentment. Imbalance. Distance.

As the touch and optimistic joy in our relationship began to fall out of balance I started overcompensating to fill the uncomfortable void. As she withdrew I tried to be bigger in my expressions of affection and love. With the kids, I’m certain it was an imperceptible shift. But of course, to them, she was all present and kisses, she did not harbor any resentments or frustrations with them. And while I’m generally the touchy-feely person in the family, it was obvious how great she was at mothering. There was no lack of affection in our house, even as the affection between us was getting less tangible.

It’s not uncommon for the dad to be the big “player” in the house. I continued to wrestle and chase and hug-hold-squeeze my kids with abandon and intensity. Perhaps at some point, I was using that affection to replace what I felt was lost between me and their mom. Still, we sailed along as a family, doing the best we could.

Over time, however, my optimism began to give way to feelings of lack and hopelessness. So I did what I thought was necessary I worked to be more happy, to be more loving, to be more touchy-feely in my kid’s lives and I attempted to up the connection with my then-wife as well. In our therapy sessions together, however, there always seemed to be an “issue” that I was missing. Some crisis that I seemed to be missing in our relationship. So we focused there, where the energy was, primarily for her.

Somehow I became the damaged partner in our relationship. I had suffered depression. I was struggling a bit emotionally under the stress of the ups and downs of employment in our unstable economy, both in our family and the country. There is no doubt, the stress of the financial times began to tear at the fabric of security for both of us. I compensated by looking to connect and be close with my then-wife. She continued to build financial models and organize “money meetings.” We were doing the best we knew how. I don’t hold any resentment about this period of our lives. It was hard. And we were in it together doing the best we could. But we were going about it in very different ways. This, ultimately, was the undoing of my marriage.

The love didn’t fade for me at all. In fact, even after the divorce in August, I was still asking her, “Is this what you want? This is not what I want.” However, for better or worse, she had actually moved on, probably a long time before the divorce was official.

But it wasn’t the fade that happened for us. What happened, in my opinion, looking back now with *my* 20/20 hindsight, is that our fundamental emotional connections were different. In a pure Love Language model, I wanted physical closeness, she wanted “show me by doing something for me.”  As I struggled with the stress of new kids, a new mortgage and health insurance, and distancing wife, I began to reach out more for closeness. As the realities of our situation weighed in on my then-wife, she worked her math and planning skills to figure out what needed to be done.

It wasn’t that we couldn’t see the other person and their needs. But it was a bit of a stretch every time I had to not only participate in but lead a money meeting. And if I were to wait for her to initial sex, well, I would be waiting for a long time. Fine, I understood some of this, and I learned a lot of creative ways to initiate closeness. And often I did without, anyway. But I didn’t really build up the resentment at this point. I was trying to take a hopeful zen approach to the entire situation. I could take care of my own physical needs for a bit, while we worked things out. And I could pour myself into my kids and the work of working for a living.

And it worked for a while. Or we agreed to disagree about our compromise and our struggles and we’d meet with our therapist every other week to see how we could punch through the lack of communication between us.

I thought I was being very expressive, but it wasn’t in her love language. I was writing love songs, poems, and trying to do my best to at being a good husband. I wasn’t demanding sex. I was recommitting to seeing the chores and doing them without being asked. But I was also starting to suffer from the physical distance. Somehow, I was still in love and in bed with a beautiful woman who preferred the far reaches of the other side of the bed.

When our love broke, I was still in love. She revealed in a therapy session that she had seen an attorney.

From there things unraveled quickly. The resentment and loss of connection had fractured something so deep in her that even therapy was ineffective at cracking the code of our disconnection. In those final sessions, I still felt that we had a new opportunity to strip back all the bullshit and get to the core issues of loving each other. We both needed a change.

She, on the other hand, expressed hopelessness that I would ever change and become the responsible partner she needed. How had we gotten so far from being able to relate and communicate effectively with the other person, even as we were in therapy just for that?

Love did not fade. Issues on both sides of the relationship began to build. As she withdrew into her pattern, I tried to grow more loving, and more expressive and expansive about my affection. While I was the one saying, “I love you,” all the time, she was asking me why I hadn’t changed the lightbulb in the hallway. Two different languages from two different planets.

As a certified life coach, I’ve been helping men and women find fulfilling relationships. If you’d like to chat for 30-minutes about your dating/relationship challenges, I always give the first 30-session away for free. LEARN ABOUT COACHING WITH JOHN. There are no obligations to continue. But I get excited every time I talk to someone new. I can offer new perspectives and experiences from my post-divorce dating journey. Most of all, I can offer hope. And who better to edit and spiff up your online dating profile, than a single man?

back to Positive Divorce:

Divorce, Depression, and the Puzzlement of My Ex-wife

The Benefits of a Happy Ex-Wife (Positive Divorce and CoParenting)

The Gamification of Online Dating: Why You’re Not Connecting