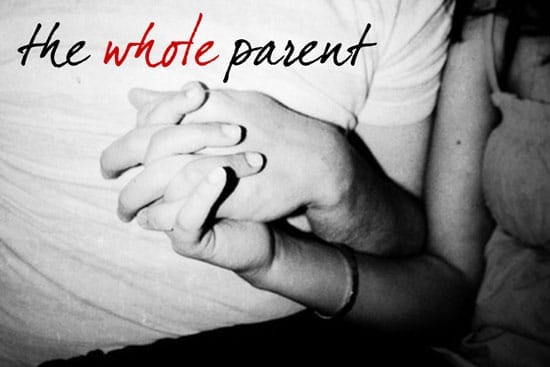 It’s already sounding snarky to me, but I have to give thanks to the mother of my children for releasing me from a marriage that had grown unbalanced and unhappy. She pulled the trigger and set the separation in motion long before I was willing or able to admit we were done. But we were. Kind of.

I was not done, but I was very unhappy. As an eternal optimist, I trained myself over the course of our marriage to sublimate the desire for sex or the desire for joy. I was a good husband and a good provider. But I was not good at just going through the motions. We described the last year of our marriage as “living like roommates.” I was unhappy about this, she was more matter-of-fact. Things weren’t living up to her satisfaction, why would she continue to have intimate relations with someone she no longer loved.

As I took matters into my own hands and forgave her for some loss of libido, I was also beginning to feel a bit hopeless about my ability to remain centered and happy. Of course, I was already way off-balance, but I didn’t know this. I thought I was being the honorable and stable one. What I was being was stoic and stubborn. I should’ve called for a timeout or a pow wow long before we reached the D stage. But I didn’t.

I’ve learned I’m what’s called “conflict adverse.” If I can avoid a fight I will. I will hide certain facts (like a speeding ticket or bounced check) in order to not “get into it.” But this sort of behavior, even as small as it was, was maddening to my then-wife. She had trust and security issues. And any minor infraction of this “trust issue” as it became known in our counseling sessions was met with cynicism and “you will never change.”

The problem was our relationship while built on the desire to have kids was not strong enough to build and rebuild once the kids reached school age. While I was always pursuing my creative crafts (writing, music, blogging) my then-wife had put most of her artistic ambitions in the closet, right behind the vacuum cleaner. She became more obsessed with the cleanliness of the living room and less interested in the connectedness of our relationship. How could someone you love be okay with going a month without sex? I was astounded and hurt that we had reached such a distant state. I asked for therapy and contributed actively to the rebuilding idea, but something was not working.

In therapy, we seemed to focus on me and my issues. I suppose, due to my bouts of depression, I allowed this to happen, even when the issues, in my eyes, were more emotional. She kept bringing us back to some crisis of trust. Over and over. A little thing, a receipt from a restaurant that I forgot to report on my company expense report for reimbursement could become a “thing.” And the issues continued to grab the lion share of our therapy sessions. Meanwhile, we were sleeping in different beds about 90% of the time and my suggestions at intimacy were rejected by habit.

As our emotional life was being crushed we were counseling about “trust issues” and my “mental health.” Of course, my depressions had been awful, and I have nothing but respect for this woman who stood by me through the worst of it. I also began to believe that she might never return to her happy state. She might never joyfully suggest sex or show up in the hallway in matching bra and panties. She was somewhere else emotionally. She was packing her bags as she was hammering me about my next job and when the new insurance would kick in from the new job.

Today, almost six years later, I can say, I am very happy and very sexual in my new relationship. And while we’ve got our work ahead, I have to acknowledge that something is very different about how we relate to each other. For one thing, we BOTH really like sex, and we BOTH seek out that connection. (Who knew that the best sex was ahead?) AND we seem to have both gotten our emotional and psychological issues mapped out enough to be relating on a very open and honest level.

She’s seen me depressed. She didn’t freak out or run away. She’s seen my financial status vacillate from AWESOME to BROKE and back. And she’s laughed with me at the stupid complications my ex-wife has injected into my life through litigation. We laugh a lot.

And on my part, I’ve seen things in her that were a bit different from what I imagined. I had developed the idea that only a mother would have the skills and empathy to understand my own kids. What I didn’t know at that time, was how complete this woman could be with her life and her choices and how she could WANT my kids in her life, even if she didn’t have any kids of her own. In fact, the non-kid aspect made our early courtship a lot easier as we merely coordinated around MY kid schedule.

Today, I can openly give thanks to my ex-wife for giving me the opportunity to seek and find a different kind of love. And I look forward to building a new life around and with my kids and this wonderful new partner.

The Hero’s Journey of Depression: The Max Powers Story

The Divorce Part You’ll Never Understand: Living Within the Compromise

The Divorce Ahead, Go Slow, Breathe