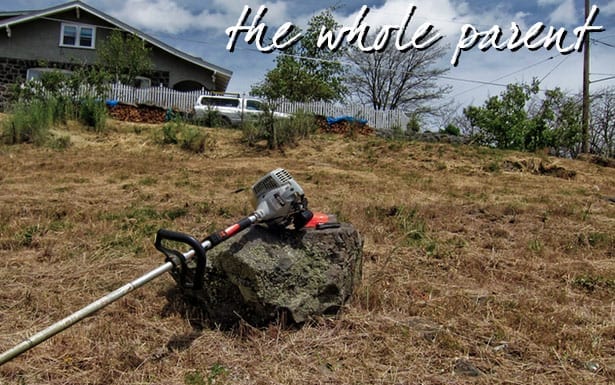 How do we keep repeating this pattern?
What’s the answer?

Scenario/Stereotype: Couple with hot sex and compassionate caring for one another, decides nothing would be better than to live in this bliss “till death do us part.” And then something shifts. Forever. And neither partner is happy about it, but we’re often at a loss on how to fix or rekindle the magic.

Why does marriage bring with it so much baggage? What is the entitlement that becomes expectations and then works its way into resentment? It’s not a seven-year itch, it’s the seven-month sag. Something changes. Some fundamental aspect of the relationship shifts when the commitment to a lifetime of weathering the storms is made. As if on cue the storms arrive. Does it have to be like this? What’s the disconnect? How can we break the pattern?

Do you have any examples of this sad trajectory in your life? Maybe marriage is not the transition point, perhaps it can happen over time even to passionate lovers. But I’ll give two quick examples of my marriages and the transformations they went through, and see if I can unlock any of the key components of my failings. But probably we need to hear from the doctor herself, about how we can avoid this sad progression into apathy.

This one is pretty easy to figure out the mechanics of what happened. I married an extremely beautiful and volatile artist. I’m sure I was drawn to the heat of her passion. I was unaware of the flip side to that heat until we’d been married a year or so. I did see the signs, however, even on the honeymoon, that all was not as it had appeared before we said, “I do.” Hmm.

Early in our marriage, my family experienced a great tragedy and it put a cold ice pick on our honeymoon return. Real life was a bit too real. And the shine of our amazing European tour lasted about an hour after we got off the plane in our hometown.

And as things progressed we both started showing signs of wear. So naturally, we started casual marital counseling, not because we were at risk of breaking up, but because we both knew we could use the help dealing with the horrific events that had just occurred and the impact it was having on our joy.

Unfortunately, a lot more skeletons came out of the closet in our therapy sessions and our work became even more critical to our survival. Um, what? How did we get into this situation where we needed to “work” so diligently on our relationship? We were just doing the newlywed bed tour of Europe.

At first, we both worked very hard to understand and contain the other person’s issues. But as the dragons kept emerging from her past, I was forced into a different kind of counseling altogether. Partners of Survivors. Whoa! We had dropped out of the having sex phase into something much different and controlled. And we both gave it the old college try, but the dramatic changes had affected every aspect of our relationship. The stress had built resentment. The anger and anger management had exhausted most of our compassion. And after two failed attempts at breaking it off, it still took me 6 more years to extricate myself from this den of rage and sorrow. Okay, that one is a bit more clear-cut.

This one started with a huge advantage. The woman and I had known each other in high school, we had both been through our starter marriages, and we were crazy hot for one another. Once we ran into one another again, we began to have lunches and flirty text sessions over the course of the next few weeks. All good. Or so I thought.

In the fifth week, we had just had a really cool romantic evening of dancing at a club to live music. And she let me know she needed to stop seeing me because she really needed to either complete and commit to her current relationship or break it off with the other guy. Wait, what? I knew she had a boyfriend when we met, but the lunches were just lunches. Well, they were until they weren’t. The part I didn’t get, she was still living with him. OH.

I guess had I been more healed and self-aware after my first divorce, I would’ve seen this as a huge red flag and run the other way. I was hurt. I was also, already romantically in love with her beauty. I agreed. We split it off before we had done much more than dance and kiss a bit. No harm no foul, right? NO! I was just too hurt to realize what had happened.

And without going too far into it, the same sort of thing happened to me during my marriage while we were going through a particularly tough period following the extremely challenging birth of our second child. We rolled over it, went to therapy, and agreed to keep working on our marriage. We both agreed to close our emotional exits.

When does a relationship move from romance to working on it? It’s like the cliché Facebook status, “It’s complicated.”

Yes, committed relationships are complicated. But what about the firm commitment starts to foul up the playful romance? What takes a revved-up passionate couple and turns them into less happy, less energetic, less compassionate roommates?

After you’re married, and especially when you have children, you begin to rely on the other person for a lot of support and help. You have an expectation that they will go to work as planned (man or woman) that they will help with the dishes and the laundry, and certainly the parenting. And that is all part of the agreement of marriage. But the unspoken agreements are what got me into trouble.

Here’s one agreement or expectation that my then-wife had: as the man, you will fix all broken appliances, change any burned out lightbulbs immediately, mow the lawn, clean the gutters, and do all that man stuff. And while I agreed to that role. What was unspoken about this expectation was this little twist: and you will do all these things without me ever having to ask, complain, nag, or remind you. You will simply do these things as part of what makes you happy and therefore I will be happy too since I no longer have to think about these kinds of things.

Well, that seems like a little ask. But what was not little is the difference in our expectations of how and when these types of tasks would be handled. And we had a very different awareness of these same issues. For example, a light bulb could be out in the hall for weeks. It was one of 5. There was still plenty of light. And while I registered that we had a bulb out, and I might have even bought the proper light at Lowes, for some reason the urgency of replacing it was not very high on my list. And we cruised along as if everything was fine.

And while everything was cool in my world, in her world (as she described the anger and resentment later) things were deteriorating rapidly in hers. Somehow the lightbulb came to illustrate how I was always forgetting things. How chores were often not first on my to-do list. And more importantly, how my not seeing and changing the light bulb without being asked, showed how little I cared about her. If I knew it was important to her, why didn’t I just do it?

And that’s the major rub, and perhaps the key to this measurable trend away from romance and into routine and repairs. I literally didn’t think the light was an issue. There was still plenty of light in the hall. And while I was pretty sure I had one more of the odd, flame-shaped bulb, the urgency of replacing the bulb simply was not on my radar. I saw it. Yes, every time I turned on the hall lights, my little brain said, “Oh, the light bulb is still out.”  On her side, every time she turned on the hall lights her little brain said, “He doesn’t care about me. He’s so lazy. He’s a great father, but…”

I thought I was saying, “I don’t put much weight in these kinds of things.”

But what the relationship WE were registering was a request on her part, to fix things when you first notice them, and my failure to honor that agreement. And even when we uncovered this in therapy, and it became a spoken agreement, I was hard-pressed to comply.

The light bulb was merely a light bulb. It didn’t bother me. If it bothered her, my reasoning continued, she could fix it or complain to me, “Fix the dang light bulb, please.” But as it stood, my failure to observe the light bulb, the lawn, the dishes, was a failure to show my caring and love for her. What?

Okay, so some of the patterns are becoming a bit more clear. We’re set in some of our habits and way of being. And there might be fundamental differences. Our task it to illuminate and reveal the unspoken agreements so we can deal with them. And even if we don’t resolve them, at least they are now out in the open. In our case, of course, there was a lot more going on than light bulb management, but the fundamental expectations and fulfillment of those expectations, even after “we’ve talked about this fifty times” had a very different impact on the happiness of our individual selves.

And the light bulb illustration points to the core miss. Unmet expectations are a cause for a lot of the disconnection between couples. If it’s unspoken you might be disappointed when your partner doesn’t fulfill it. When it is explicitly spoken and agreed to, the daily routines of life may still throw some curveballs. And while I might change 10 light bulbs on sight, it’s the 11th light bulb that’s going to show my unreliability again. DANG!

So our goal, if we are to stay romantic and sexually hot is to keep expectations manageable, and when we have an expectation of the other person, that we let them know. It’s easy to say that’s the answer, but of course, my second wife and I would’ve never gotten to light bulb changing if we had not had a house together and kids and stress the size of Godzilla.

Speak your expectations and disappointments. Find agreements that you can both live with. But agreements are not meant to change a person’s fundamental personality. I wasn’t concerned, therefore, aware of a lot of the chores and details of house management, or lawn management. So I went along my merry way thinking things were peachy, until I was told they were not.

In Relationship with a Single Parent: Ground Rules

Blameless Divorce: I Had a Dream Where You Apologized