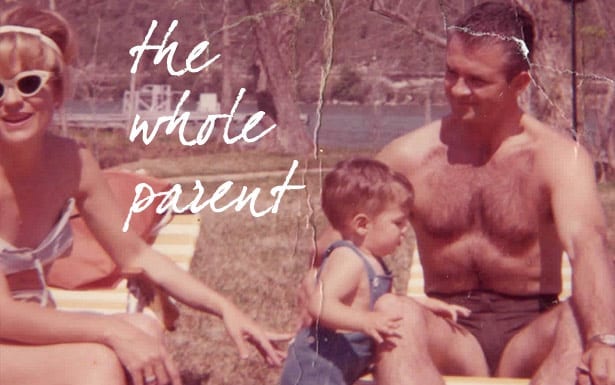 This morning I was on my merry way towards a productive day of business proposals, meetings, and getting things done. (GTD) And just as I was about to turn on my noise-canceling headphones, the crappy sound system here at my remote location brought my dad’s ghost up front and center with his cryin-in-his-whiskey song. The song that characterized my 5th and 6th years of life. I knew the song well, but Shazam confirmed the gristled face that came to represent the look and feel of my dad in divorce, and the sad sounds of Charlie Rich singing The Most Beautiful Girl. 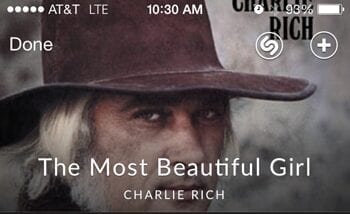 Boys will always attempt to connect with their dads. It’s a father and son thing. (Daughters too, but I can only speak about my experience.) Even as my dad drifted into some state between depression, anger, and a drunken stupor, I kept returning to his apartment on the appropriate weekends. My dad loved me.

But my dad completely fell apart when he was asked to leave the family home. My mom claims she put the options to him, “The alcohol or me.” My dad chose poorly and suffered for the rest of his life from his decision.

There’s no darker state for a divorced father than the days, months, years immediately following divorce.

While my dad had all the resources at his disposal, and plenty of money to pay for them, he chose to move away from feeling, away from loving his family, and into some black place that was typified by this song. On weekends that we were together, by ten pm he would be drunk and crying to this song. Singing with tears in his eyes about “The most beautiful girl, who walked out on me…” As terrifying as it was, I tried to be there for him. I tried to say connected even as his rage could strike at any moment and I’d find myself on the receiving end of a tirade.

My dad was a successful physician. He was adored by his office staff and loved by his growing stream of patients. He was an astoundingly successful young doctor by 30.  But by 44 he had blown all of his hard-earned success in a choice away from self-examination and truth. He turned towards the bottle in his divorce. And within a few months of his second excommunication from the family house on the lake he was engaged to be married to a younger and drink-friendly woman with a young daughter.

Today my father showed up in my life in his crying and depressed state and I was able to process the pain and loss of him from my perspective as a divorced dad myself. Had he not been my father, but a friend in my life today, heading into divorce, I would’ve sobered his ass up quickly. “Dude, pull your act together. You’ve got everything. And now your flushing it all to keep the alcohol in your life.”

Throughout the rest of our relationship, as my father remarried, drank, and eventually succumbed to the disease and destruction of his life, I tried to reach out to him. I tried to maintain some attachment to a man who brought me only pain. I stumbled along as an adolescent with troubles at home, attempting not only to understand his destructive power but it’s rather potent effect on my life.

Several scenes come to mind to illustrate my unrequited commitment to my father.

The night he met his future wife I was with him at a local art festival. We stayed until they kicked us out. I had been laying under the stars with the other kids who’s parents were still drinking. The festival and music had been over for an hour, but they had more beer to sell. In the drive home, my father could hardly keep his fancy car on the road. I was terrified. On the last turn into his apartment complex, he missed the turn and drove right up into someone’s front yard. (Later his car would require several thousand dollars of repair costs that he yelled about for months.)

At that moment, at 7 years old, I made the decision never to ride in the car with my dad again. From then on my nights and occasional weekends with dad would be chauffeured by mom. A hard boundary for a kid to have to make with a parent. Shouldn’t it be the parents setting boundaries for the kids?

Many years later, a junior in high school, my father had built his ultimate dream palace on a hill overlooking our city. I lived down the street in a condo with my mom. Several times, when it was my night to have dinner with my dad, I would run several miles, virtually all uphill, to his house. I wanted him to see me as strong, healthy, and athletic. I wanted him to SEE me at all.

Most of the time he was drunk before I even arrived. And his new wife was fueling the party and partying herself. They often became incoherent before I left. They seemed to be communicated with each other, but I could not understand a word of their drunken language. One of these nights my dad insisted that he would drive me down the hill to my house. I essentially had to run out of the house to prevent that from happening. Of course, the next time we talked he had no memory of the event.

I never forgot it, but I never stopped trying to run up the hill to meet my father at various points in his fatal trajectory. A son’s love is strong and persistent, even if undeserved. There is always the hope that your dad will SEE you. Even as he died at 53 (one year from my age now) he was only able to really recognize me in the final chemo-enforced sobriety months. He couldn’t drink. And as he came to his senses he finally got a snapshot of what he was missing by being so removed from my life.

“We need to do more of this,” he said, as I was leaving one Sunday morning, a month before he died. “Yes, dad, we do.” My dad’s sorrowful memory seeped into my bones from the sad song that he used to sing throughout the divorce process.

Today, at this moment as a divorced father, I know I am not repeating my father’s mistakes. My son and daughter hear from me all the time how much I see and love them. I try to meet them on their level, rather than making them adapt to mine. That’s a depth my father and I never had. He quit trying to reach me as his divorce took everything out from under him. And rather than get help he got more rigid and set in his pattern of working hard and drinking harder.

Back to Positive Divorce & CoParenting

When “In the Best Interest of the Children” is Weaponized

How Do You Find Love: Inside Yourself and then With a Partner