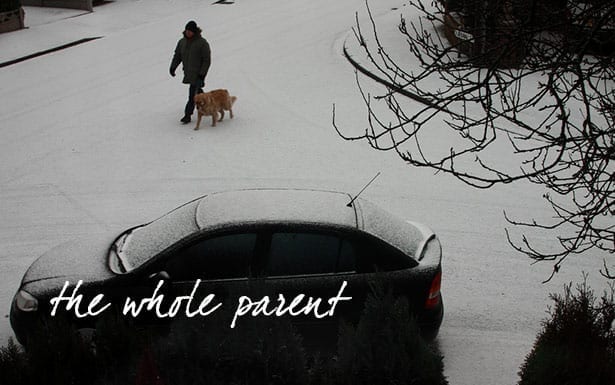 Let me set a few ground rules, as this is a 100% positive blog, sex and sexual dysfunction is a partner thing. It wasn’t her fault. It was our fault. And sex, in my opinion, and the opinion of a lot of relationship experts (though I’m not one), is very important to a marriage.

For me, sex bonds me, it makes me feel connected, close, warm, loving, proud. Sex is like the glow on the relationship. It’s both a reward and a gift. Sex can be about giving and focused on the other partner. Or sex can be about receiving, and doing your best to shut down the mental rap sheet of expectations and performance. Or sex can be a dance between two people, like a tango, or waltz, or punk rock slam dance.

Early in my courtship sex was magical. The moment my  emerging girlfriend candidate told me, “I went to the doctor today.” She was grinning ear to ear. She knew what she was about to give me. “I got a prescription for birth control.”

Oh my. I might have been hooked into marrying her from that very second that the warm glow rushed into my body. “We still have to wait about a month, for my cycle, but it’s a start.”

I was thrilled. We were thrilled. She was saying YES PLEASE, let’s do it.

And things early on were just as good as that first rush. Playful. Exploratory. Loving. Fun. And somewhat frequent. All was right with the world, with my sex life (as a man), and all was heading in an upward direction. The “Life is Good” shirt applies here and was worn frequently, as was my just-done-it smile.

Another magical milestone was crossed on our honeymoon. We were getting married in an ancient church in a tiny French town, and the night after a major lunar eclipse, we decided to start having sex unprotected and without birth control. She had been off the pill for two months or so…

We knew what we wanted. But the moment we decided and had newly unprotected sex again, with the intention of bringing a child into the world, well, the sex took on a whole new level of awesome. It was as if a spiritual purpose had taken the joy and expression of our love to another level.

Onward we sailed into the newly married bliss of frequent and unprotected procreational sex. It sounds like a mouthful. It was heaven.

Our son was born less than a year later. And with a few months of off-limits self-reliance, we were back in the bedroom making up fun stuff to do with her newly arrived breasts. More joy. More interruptions and laughter and coupling. And more unprotected, sure-let’s-have-another-kid, sex. More play, more connection, more fantastic sex.

I’m going to skip the drama around our daughter’s medical issues, and the fact that 9-11 ripped out all the joy from the world. I covered this elsewhere. But the stress of the world took its toll on our joyful sex. We still attempted it, we were told not to go for a third child, and we were okay with a perfect pair, boy and girl. And the closeness was still there when we found the windows for alone time, when neither of us was too exhausted to do it.

And of course that’s a thing. Marriage, kids, financial obligations and chores really wear down both parents. And it’s typical for one parent to take on the worry and stress more than the other parent. (Often men are picked on for being less responsible, or not growing up, but I can assure you that’s not what was going on between us.) I was 100% present and accounted for. I did the working-for-a-living dance. I mowed the lawn, picked up toys and rooms, did some cooking, and loaded and unloaded the dishwasher, and we were both still tired.

Now, more often than not (a lot more often) any indication of sexual readiness on my part was met with a sigh or an eye-roll depending on her level of exhaustion.

I learned new ways to ask. The playful, “Hey, how about I give YOU a blow job tonight?” The suggestive, “I’d love to give you a back rub as soon as I get the dishes done.” And the supportive, “Is there anything I can do to make things less stressful for you, at this moment?”

But somewhere in her hard wiring, the stress had shut down her sensual response. We went to counseling, but mostly that was about some crisis or another that we needed to work through. We never really addressed the sex thing, I was trying to be a standup and self-less husband in support of his wife. I have no idea what she was doing. But we were doing it together and not “doing it” very much.

And then one last magical thing happened. With the full-insurance of my job, I got a vasectomy. Hallelujah. It was like a new ON switch for our sex life, perhaps not how you might think.

The mechanics of a vasectomy have one similarity to birth control for women. Once you have the procedure (get on the pill) you have several months to wait before enjoying your newfound freedom. In the case of a vasectomy, it’s not time, but ejaculations that count down towards the miracle of unprotected non-procreational sex.

And it was as if my then-wife’s libido had suddenly been jump-started back into gear. We didn’t have a schedule or chart or anything like that, but the mental count in our heads, once I was healed enough to be back in action, was like a shining green number above my head. 40 ejaculations. Then you had to see the doctor again, give a specimen and have it examined for viable swimmers.

It was as if the mythical Spanish Fly was being introduced to my wife’s tea and coffee every day. We treated it like a sport. In the shower. BOOM. In the morning before getting out of bed. DING. And any time the kids had dropped off before us. BINGO.

It couldn’t have been more than 45 days and we were making our appointment with Dr. Let’s-Get-It-On again. We leaped into the world of parents with small children who can now do it as often as they like and not worry about having any more kids. It was a maturing process for sure. I was pretty young to be getting a vasectomy. WE WERE INTO SEX, AND WE WERE GOING TO HAVE A LOT OF IT. That’s what I imagined the vaz was saying about us and our future love life.

Well, I’m sure you can guess the story. Things fizzled after a few months with no goal. We joked about setting another objective, a milestone to “shoot for.” But it never happened. And, in fact, without going to far into the intimate details, it started to go way South rather than back towards loving, touching, squeezing.

We checked everyone’s meds. I read a few books, tried a few things, asked in more creative ways. Nothing.

Now, the real story is probably much deeper than the sex. And I have tried to ask, both in real-time while the collapse was happening, and later in therapy when things were really bleak. We didn’t talk about sex anymore, even in therapy, because the “issues” have become seemingly insurmountable.

But I still wonder if I had protested more, if I had demanded that my wife work to refind her sexual center again, rather than being so nice and self-consoling, I might have penetrated the fog that had taken her intimacy out of the relationship.

Again, please understand, I AM taking responsibility for my part in the dance that began to come apart. And again, I’m really not saying that sex was the primary ingredient that caused us to get divorced.

What I am saying is at the end of sex our marriage was also closing down. The sex might have been a conduit for us to rekindle the loving feelings for one another. The love-making was certainly a part of my DNA (see Love Languages) and the primary way I felt loved. Well, not just sex, but physical touch. And we did have some of that. But when a back rub is the only way you get to be touched by your beautiful wife, even when you are jumping through every hoop introduced, things can begin to get a bit off track, distant, disconnected.

I believe there was some fracture that happened during the course of our financial and medical struggles that broke some trust inside my wife. And while I can’t put my finger on it, and I am merely projecting my hindsight reflection, which is most definitely NOT 20/20, I know she closed down her sexuality. She might not have done it consciously. But as she began to contemplate or imagine life beyond our marriage, it was necessary for her to stop giving herself to me in a sexual way.

The first time when we were making love during this period, that I noticed things were off, I caught her looking out the window, seemingly bored. “Are you okay?” I asked.

She snapped back to awareness of the moment. But the moment was despairing. It was clear there was a disconnect happening, during our lovemaking. And we were done. And maybe, in some internal way, for her, at that moment we were really done. Done in a much bigger way.

Father, My Father: Forgiving My Dad and Myself

When the Sexual Chemistry Knocks the Sense Right Out of You

Depression is for Everyone: Managing Moods is the Trick