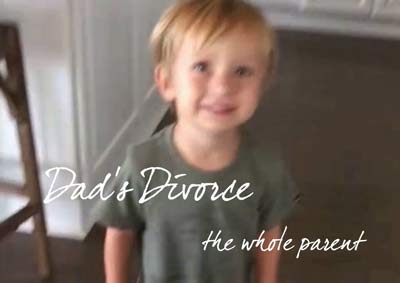 Telling Your Kids Mom and Dad are Getting Divorced

The most devastating moment in my life was when I was asked to leave my family. My then-wife wanted a divorce. She’s been planning for months, apparently, but had failed to bring her issues into couple’s therapy. Um, what? (But I have written enough about that scene before, this post is about something else.)

I was asked to leave the family. She would’ve liked me to have left that day, telling the kids I had to go away on a business trip. How many dads have been disappeared over a “business trip?” It’s an easy explanation. It happens all the time. Daddies have to go away for business. And in a divorce, it is most common for the daddy to have to go away as well. She was exhausted, she was at the end of her rope, and she was certain my presence is what was making her miserable. I’m pretty sure there were other causes, and I was pretty hopeful that therapy would help… That’s not how it went down.

It was April of 2010 and I was asked to get out of the house and give my then-wife and the kids some time to rest and recover. Even our therapist thought it was a reasonable request. I did not. In my parent’s divorce, my dad was asked to leave (for his alcoholic behavior and rage) and we struggled on as a little family of two after that. But it was awful. It was never the same. I never recovered from the loss of my father.

And then I became a father. I was determined to be the “best father” and never give up, never quit trying, and never abandon my family like my father did. And when the ax did fall on my neck I was unprepared for the emotional impact of the loss. I met with a trusted therapist days after my then-wife had requested a divorce. I sobbed. I was distraught. But, I was not sobbing for me or the marriage. I was sobbing for what my kids were about to lose. I knew what losing my father had done to my life, to my sense of myself as a man. I knew about the challenges my son was going to face when I was effectively removed from 70% of his life. And my daughter, I knew less about her inner needs, but I felt her pain even more deeply, as she asked on the day we told them, “What animals are you going to take with you?”

I think she wanted to make sure I got an animal to go with me, to keep me company.

In the end, it took me over a year to recover from the depression that ensued and find a place I could afford to live. I had a new job, a new outlook on life and my potential in it. And, finally, my kids could come and live with me on my 1st, 3rd, and magical 5th, weekends. And it wasn’t enough. I was starving for time with my kids. I could tell they too were suffering from the stress of the divorce. I could tell they were missing my jovial attitude towards life. My loving and positive influence no longer inhabited their daily lives. I was only available on alternating weekends. Monday through Thursday every week they were with their mom.

In the fallout from the divorce, I could feel my son grow hard against me. It was as if I had decided to leave them. I suppose that’s the story we told them. “This is what’s best for all of us. Your mother and I have decided to get a divorce.” Except that wasn’t true at all. I had fought against the divorce. I had asked her to reconsider her decision several times over the summer. I had pleaded with her not to break up our family. But the family was broken up, nonetheless.

I know my kids missed me. I know my general happiness and loving morning routines getting them up, fed, and off to school was never the same once I left their weekday lives. We were never the same.

I never gave up, however. And even as my ex fought against my survival and eventual resurrection, I stayed as close as the Standard Possession Order would allow me. We all tried. Even my ex-wife, in her defensive and angry heart, gave my fathering a priority pass, when it fit with her agenda. She did her best to keep the kids available to me during the off parent times. She would allow them to call me, or accept my phone calls every night. She tried to remain cheerful as we passed in the kid handoff logistics. But she was not cheerful. She was not happy. She took the divorce, the divorce she asked for, bitterly. And my kids saw her bitterness. Some of that bitterness remains in their perspective about me, Dad, and the divorce.

The Good Dad’s Guide to Divorce

How could they know, even now, that I did not choose, but fought against the divorce? The don’t. How could they know their mom has routinely acted against me in random and angry outbursts? They don’t. How could they know that she methodically destroyed my financial solvency through her actions and continued action? They don’t. That’s also part of the burden of being the dad and being asked to leave. We have to put on a brave face and say it was our idea, our decision, too. And we have to act like everything is going well even when we are crushed inside. The kids don’t need to worry about their dad. So their dad stays strong, gives positive reports about life after the divorce, and stays supportive of their mom, even when she’s behaving badly.

As I was asked to leave the house, and I told the kids it was also my idea of what’s best for all of us, I was aware that it was a lie. The divorce was the single biggest disruptive event in my life. My entire trajectory for my hopes and dreams was altered by one woman’s decision. All of us were changed forever, by her act of self-preservation. I’m sure, she was fighting for her life as she asked for the divorce. But that’s her side of the story, a side I’ll never fully understand.

This video today struck me as an example of the emotional loss we all suffer in divorce. And today, the courts in the state of Texas see the dad as the ancillary parent and the mom as the core parent. Dads make the money, moms hold down the emotional support. That’s not how it worked in our family. That’s not how we parented. That’s not what I asked for, as my one demand in the divorce. “We should share a 50/50 schedule with the kids.”

I know my kids roamed the empty divorce-house seeking my happy soul. I know my ex suffered from depression as well, and that the divorce was hard on her emotionally. I know that their side of the story after I left (what it was like in the house after I was asked to leave) might never be told. But something in this boy’s affection and emotional connection to his dad struck me as essential for all of us to understand.

The dad is also important in a family. A dad’s energy and vitality is essential to the balanced growth of kids. When I was removed from the family system (70% of the time) my positive lifestyle and emotional intelligence vanished from a good portion of their lives.  This is what I grieved when my wife asked for a divorce. This is what cut so deeply when my father left the house for the last time. Even as an alcoholic, he was my dad, my masculine, my rough-house playmate. And when he was gone an emptiness, a longing,  entered my life that has never quite been fulfilled.

We need our dads to show up for us, as well as our moms. And when the dad is removed from a family, with the SPO, the balance is shifted dramatically in favor of the “mom as the emotional center” of everyone’s lives. In my family of origin, this was the case. My dad was unable to provide any emotional closeness as he continued to actively pursue his alcohol addiction. As I left my kids’ lives for 70% of the time, telling them it was also my idea, I left them without the positive and hopeful center I bring to life. I left them with an emotionally challenged mom.

I respect and honor the hard work my ex-wife has done being a mother to our kids. I do not think my kids got the best deal by having me removed from 70% of their lives. Today, I would fight for 50/50 parenting with all my heart and soul. I would fight to remain in my kids’ lives at the maximum level allowed by law. What I got was 30% instead of 50%. I believe that 20% difference would’ve had a beneficial effect on both my kids and me.

I’m working to build a non-profit that will support that idea: see DADI – Dads Against Divorce Inequality.

THE BOOK IS NOW AVAILABLE: 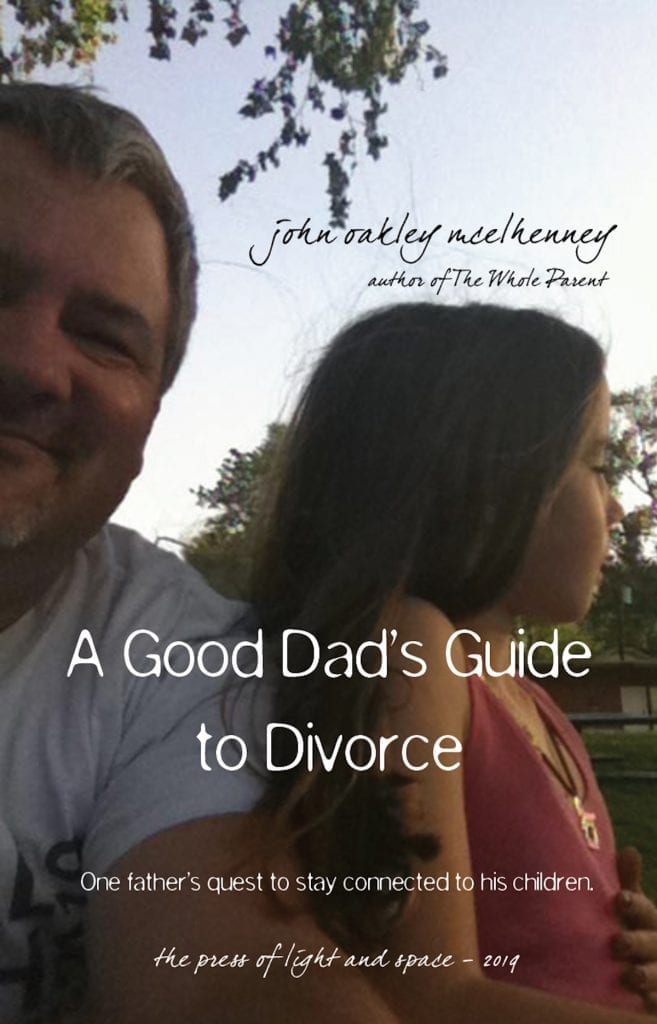 Love Is Bigger Than Anything In Its Way: Optimism and Hope Carry Us

Focusing On the Other Person is a Trap

Holding Your Dream Together As Your Marriage Comes Apart