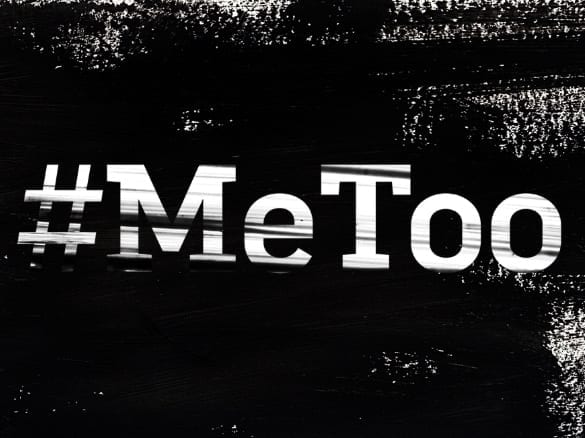 Being an ally in the #metoo revolutions means developing a more evolved response.

This morning I stepped right into the #metoo conversation. A woman who I respect and have known for ten years posted this on her Facebook page.

Perhaps, the right response is to put the ANGRY emoji up in support of her statement. I’m guessing from her response to my questions, that this was NOT the opening for a dialogue between us. I am disappointed that we couldn’t parlay this angry post into a conversation about #metoo between two intelligent and articulate adults.

I was wrong. I am also a white middle-aged male. I am part of the problem. And my fellow white guys struck first in letting me know I was a dumbass for questioning my friend’s post. I got called names. I got scolded by the author of the post.

I don’t need to explain anything to you.

What? Okay, this is not the way forward for any of us. Post crappy statement about #metoo. Shame and belittle a man who responds. Wait and watch while other white men do the business of mansplaining the #metoo movement to your other friend, me, and there we have a microcosm of the lack of dialogue around this REVOLUTION we are in the middle of.

I get it. Revolutions don’t happen without bloodshed. And I am on-board with the outing and punishment of the bad men who have done bad things. AND, it’s hard to navigate those choppy waters to respond in a kind and caring way.

The author of the above post said I needed to be an ally.

Yes, an ally. That is our role as good men. I can be a good ally. But if I don’t speak up, dialogue about the situation, I’m also being a compliant male. Does my silence-as-support for women show anything but compliance? I will not be compliant when all men are lumped into the bad category. And I won’t stand for it, when other men come to shame me for speaking up. We have to speak up to show our support or we are just being quiet and compliant.

Compliance is not the answer. Dialogue and mutual understanding is the answer. Without some sort of evolutionary dialogue and understanding, we will be stuck in the bloodiest part of the revolution. The part where we are shooting at each other without any opening for a peace treaty.

I get it. The woman above did not have time to talk to me about it. She was expressing her disappointment and outrage. Yep. Check. And I suppose, my compliance, and an angry emoji would’ve fulfilled my duty as an ally. Or would it?

The men who attacked me were doing their part in not being compliant. In their own way, they see attacking me on all sorts of non-related issues, is a good way to be an ally to my friend. They are merely piling on to the problem. That is not being an ally.

Dialogue and understanding are the only ways to parlay peace. Now, if peace is not the goal, if fanning the flames of the revolution is your agenda, then flame on. This post is a perfect example of firing a volley of cannon fire into the sky. There is no intention of it being the beginning of a conversation. There is no intention of garnering peace between us. This is a beginning revolutionary tactic. Attack. Attack and score points. Attack and remove men of power who have abused their position.

And where do we go from there? Do we want to sustain the revolution? Are there more bad men to be ousted? Are there more good men to be drawn into the line of fire and emasculated? I suppose the answer is yes. The flames of the revolution have not reached their fevered height. The burnings will continue. The flame-like posts will be leveled at us “men” with no opening for conversation. Okay, I suppose you have your war to fight. I’m looking for negotiations. Too soon?

Where Do You Seek Your Soulmate? Online Dating is Failing Us All

Nothing Is As Addictive As New Love, Right?

August 2, 2014
Tags: a metoo dialogue, a metoo discussion, abuse of power, being an ally in the metoo, men talk metoo, mentoo, metoo, metoo movement, metoo revolution, sexual abuse, talking about metoo, to be an ally, what can men do