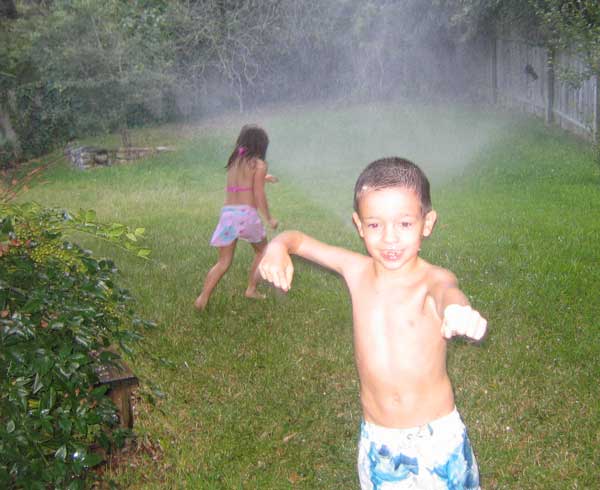 Back in 2010 when my then-wife told me, in couples’ therapy, that she had consulted a divorce lawyer… I started an anonymous blog, The Off Parent. About three years later, in September of 2013, I started this blog, The Whole Parent. Two completely different approaches, one voice. Let me parse the evolution from angry and hurt single dad to the whole and healthy single dad I am today.

The Tale of The Off Parent

An unfortunate series of events sparked the final demise of my unhappy marriage in March of 2010. I know it was March, because our local multi-media, film, and music festival, SXSW, happens in March. It was in the chaos that is SXSW in 2010 that my then-wife let slip that she’d been to see an attorney to research “her options.” She wanted to know what her DEAL would be, should she decide to take the path towards SINGLE MOM in a nice neighborhood, with a nice house, and two wonderful and bright kids. Sure, I can see the appeal.

I could not comprehend why you would agree to couples’ therapy if you’re also going to see a divorce attorney. And before you go visit with an attorney, don’t you think you might bring it up during a therapy session? I still don’t get it. Unless she was in conversation with the therapist and let me discover or uncover her divorce plans with a therapist present. Is it possible? I would not put anything past my ex-wife. She’s a planner, she’s a spreadsheet modeling masterpiece of overthinking and overplanning.

Did my ex-wife over plan our divorce? Or was she moving out of panic and despair? Sure, she was having some serious issues in finding her mojo. In the last year of marriage, she was searching for her purposeful career. And while we were bleeding cash to keep our nice house in the nice school district, she was losing money each month on her search. Oh boy.

When One Parent Makes a Unilateral Decision for the Entire Family

My ex-wife can only be held responsible for her own actions. And yet, can she also be asked to take responsibility for the livelihood of her kids and the father of her kids? I get it, it takes a lot for a woman to leave her marriage when there are kids involved. I can’t imagine the pressure she must’ve been feeling to seek her OUT rather than her IN. We were in therapy to FIX the marriage. But, perhaps it worked out perfectly, she had the support of a therapist when she was making the biggest decision of her life. Oh, and the lives of me and both of our kids. But she was only responsible for her actions, right?

How was it in the best interest of our kids to get a divorce? Okay, perhaps she did us all a favor by opting out for all of us. But I don’t think that’s the case. I think the brave act would’ve been to lean into the therapy with your husband and work it out. She chose the “grass is greener” path offered by the attorney.

“Sure, two weekends off a month would be a great idea. And you mean, I get to keep the house and most of the time with the kids?” Attorney nods, contract in hand. “And he’s going to pay for it?”

Three Years After My Divorce I Changed My Tune

Right, I was struggling mentally and financially. My ex had gone darker and deeper than anyone planned for. She struck at me as I was having some trouble with the company I worked for. And she knew it would crush my options to keep my house. My starter house. She knew she was burning down my house, but she didn’t understand the collateral damage that might occur.

When you strike a blow at your co-parent everyone loses. Your kids may be the light of your life, but if you’re hurting their other parent, you are missing the bigger picture. Co-parenting is forever. Unless you disable the other co-parent. As she sent me the text message, “Sorry about the timing, but I submitted our decree to the Attorney General’s Office today,” what was going through her mind? “Oh, this is really going to fk him up.” Well, she was right, and it did.

After I sold the house in a crisis (SEE: Fall of the House of Dad) I was living with my 80-year-old mom. I was doing my energetic thing, writing most mornings (just like this morning) and trying to figure out how to do better as a co-parent, as a father, as a man struggling to stay above water.

Here’s the moment I realized my angry actions were hurting my kids as well as my ex-wife.

Positive Divorce: From Blame To Forgiveness on May 19th, 2014.

Get help. Reason things out with another person. And let go of your blame. The rest of your life you will be relating to this person if you have kids, and your healing can go a long way towards healing everyone.

Here’s an Off Parent post I wrote less than a year after the divorce. The Sound of Snow where I reflect on one of the last good moments of my marriage.

Of course, didn’t know that things would not remain upbeat. My then-wife was talking to an attorney while meeting me on Wednesday afternoons for couples therapy. BOOM.

As the first month passed, my transgression wore on my ex’s patience and her facade began to fray. Her emails became more accusatory and demanding. I even started taking them into my talky therapist to see if he could help me parse out the anger from the request. With his help, I tried to craft week-after-week reasonable responses to her requests. The demand for payment or an exact payment schedule was not something I could produce. And I kept looking for work.

But the idea for The Whole Parent happened much earlier in the process. As her decision continued to push us towards divorce, I stretched out and took my two young kids to the beach. As a single dad, for the first time at the beach, I was slightly overwhelmed by the 100% demand that was expected of me. I had no co-pilot. I could not cover the afternoon and let their mom take the morning. I was alone on the beach with my two beautiful kids (5 and 7) when my newly single dad status struck me with a pearl of profound wisdom.

I’m going to have to become a Whole Parent.

Then as our lives spun into the dark void of micro-alienation and bitterness, and as my ex-wife continued to spit vile at me, I began this journey to become positive about all that I was going through. Occasionally, you’ll see, I dipped back into the Off Parent and wrote a scathing account of an event. I even wrote the positive and the off response to the same event.

The Ninja Trick of the Divorce Parent

The ninja trick was to embrace the positive aspects of her negative actions. I could be bigger. I could rise above it. I could be the bigger parent in the divorce, and protect my kids even from their mom’s hatred of me. With each crappy encounter I learned, I could flip it into a positive lesson.

“What can we learn from this cluster fk of an angry ex-wife?”

Now, we are here. Welcome to The Whole Parent 2022. I write more about mindfulness and relationship-building than I do about divorce. And that too is a choice. Let’s write the next chapter. My ex-wife’s behavior is already calling in the karmic whip.

Here’s What I Told Her About My Trauma

The Powerful Pause Before Jumping Into a New Relationship

Crossing the Chasm into Fantastic Realism: Salvation and Celebration

May 31, 2019
Tags: 50/50 co-parenting, 50/50 parenting, 70/30 parenting schedule, co-parenting challenges, co-parenting issues, dads depression, dads divorce blog, dating a single father, divorce recovery, non-custodial parent, positive divorce, single-dad, summer before the divorce, The Ninja Trick of the Divorce Parent, The Tale of The Off Parent, Three Years After My Divorce I Changed My Tune, When One Parent Makes a Unilateral Decision for the Entire Family